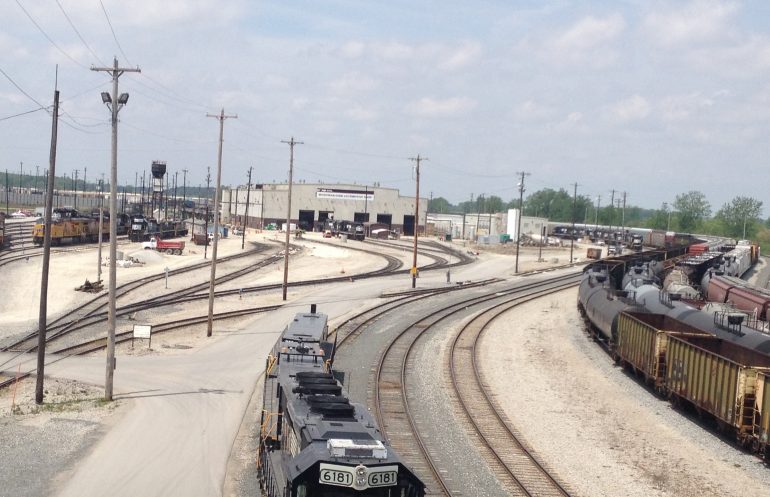 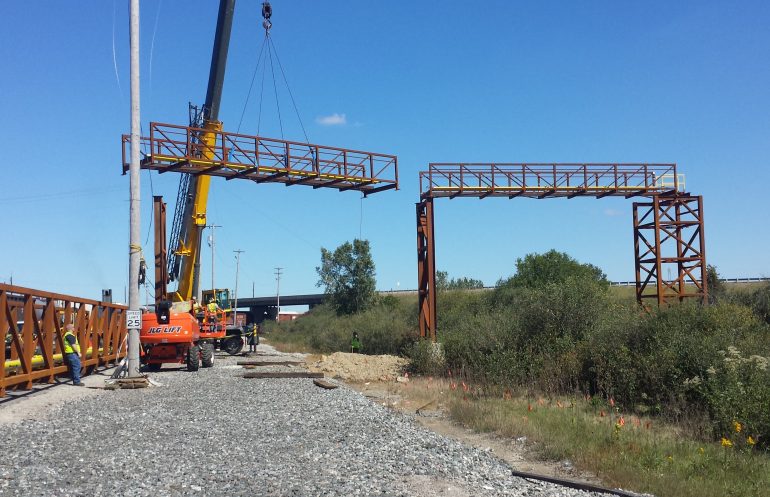 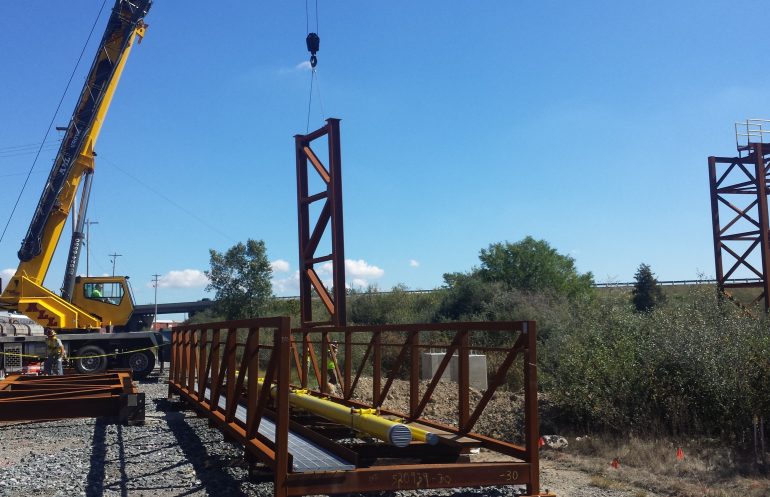 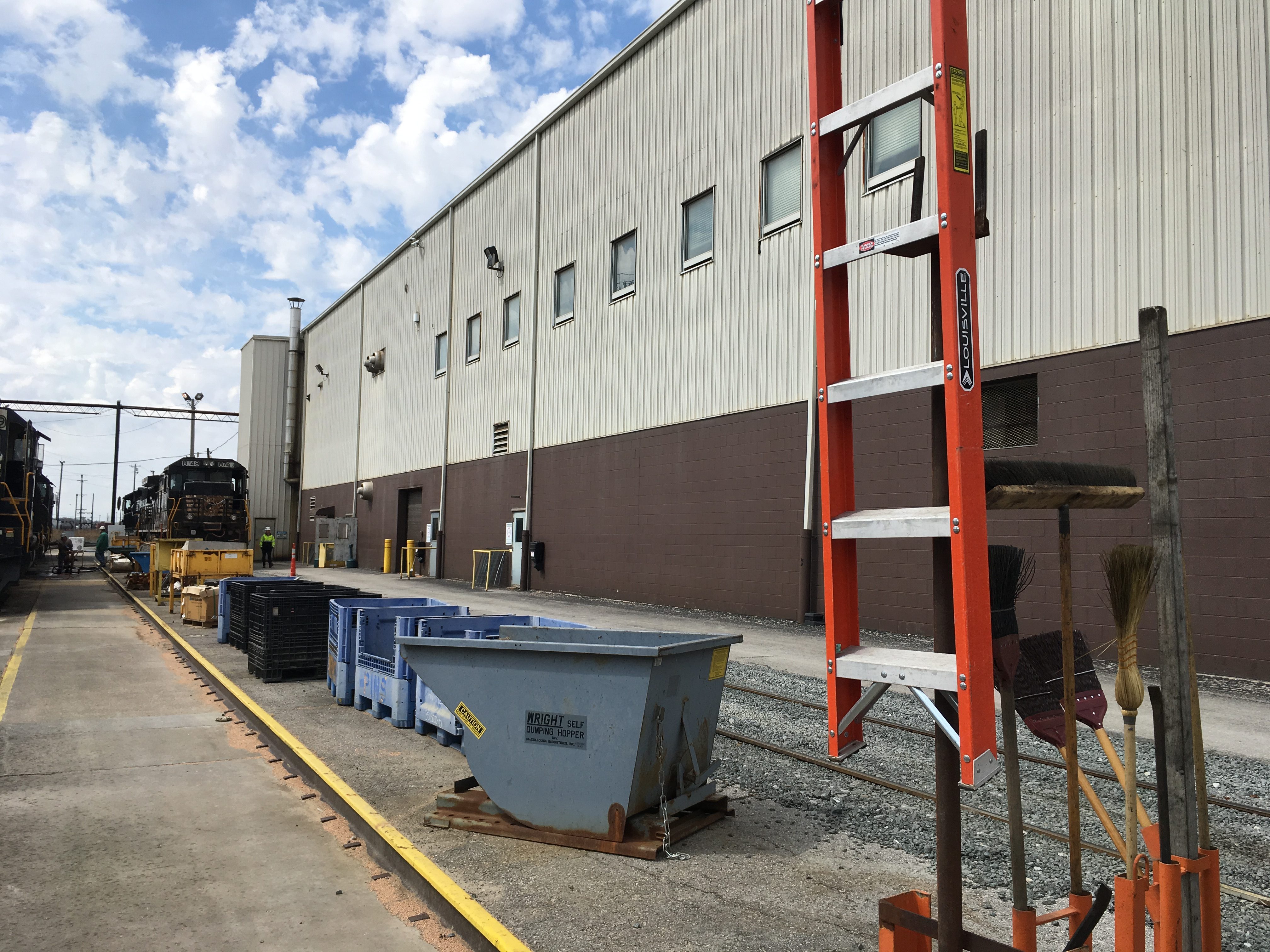 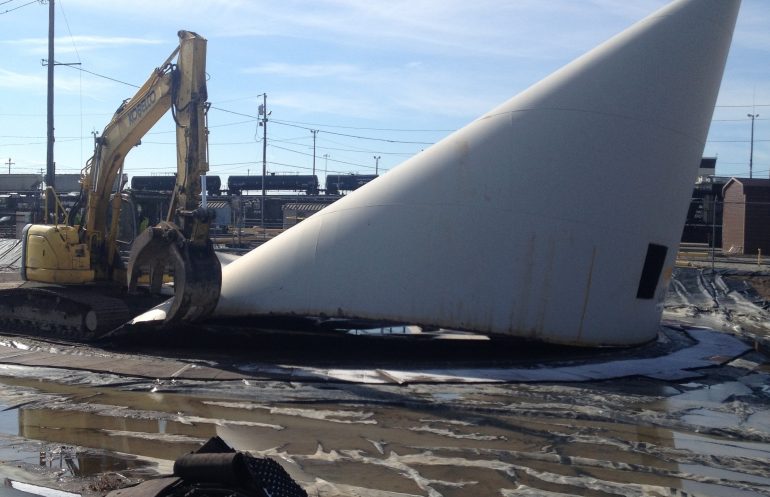 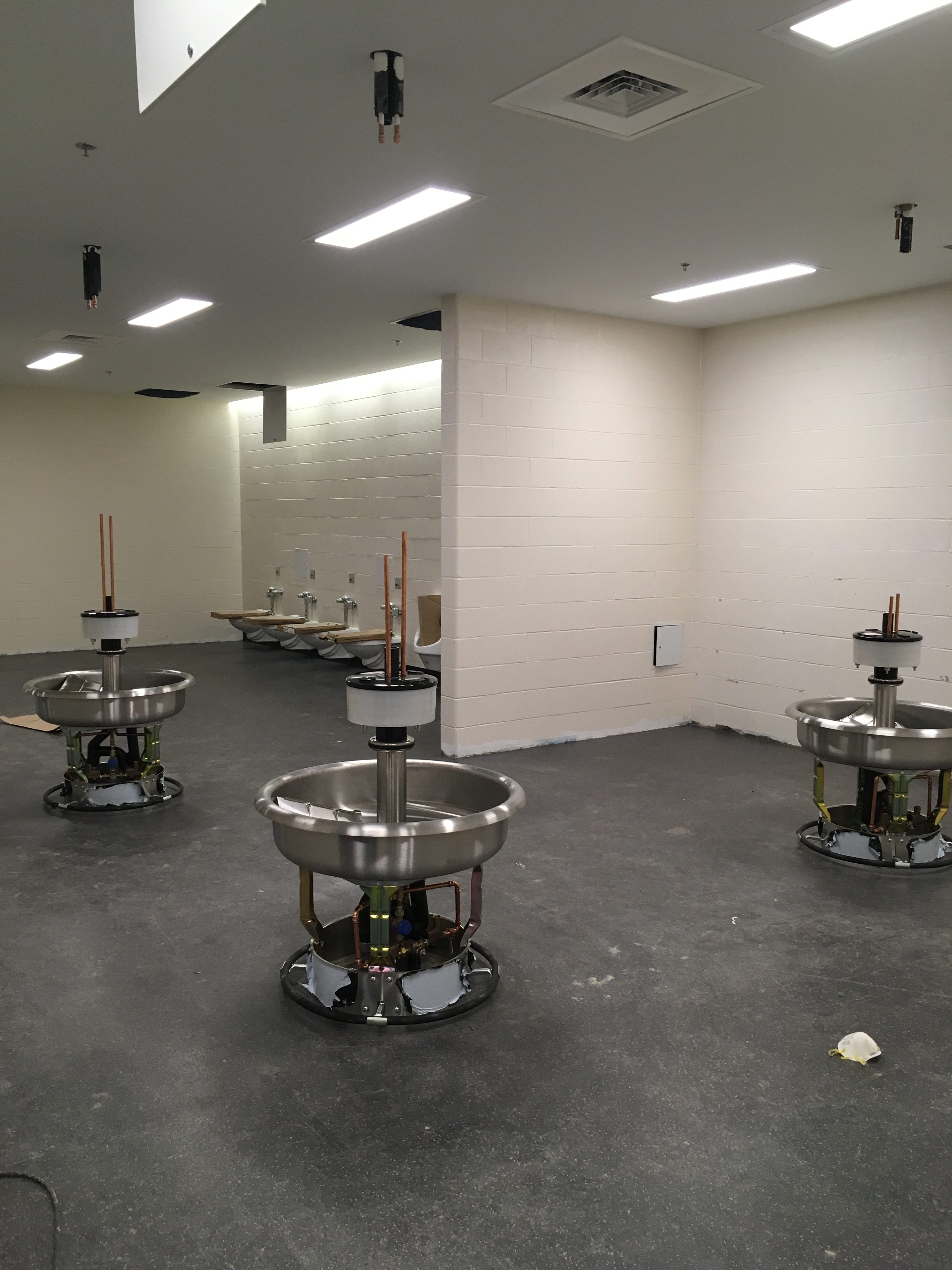 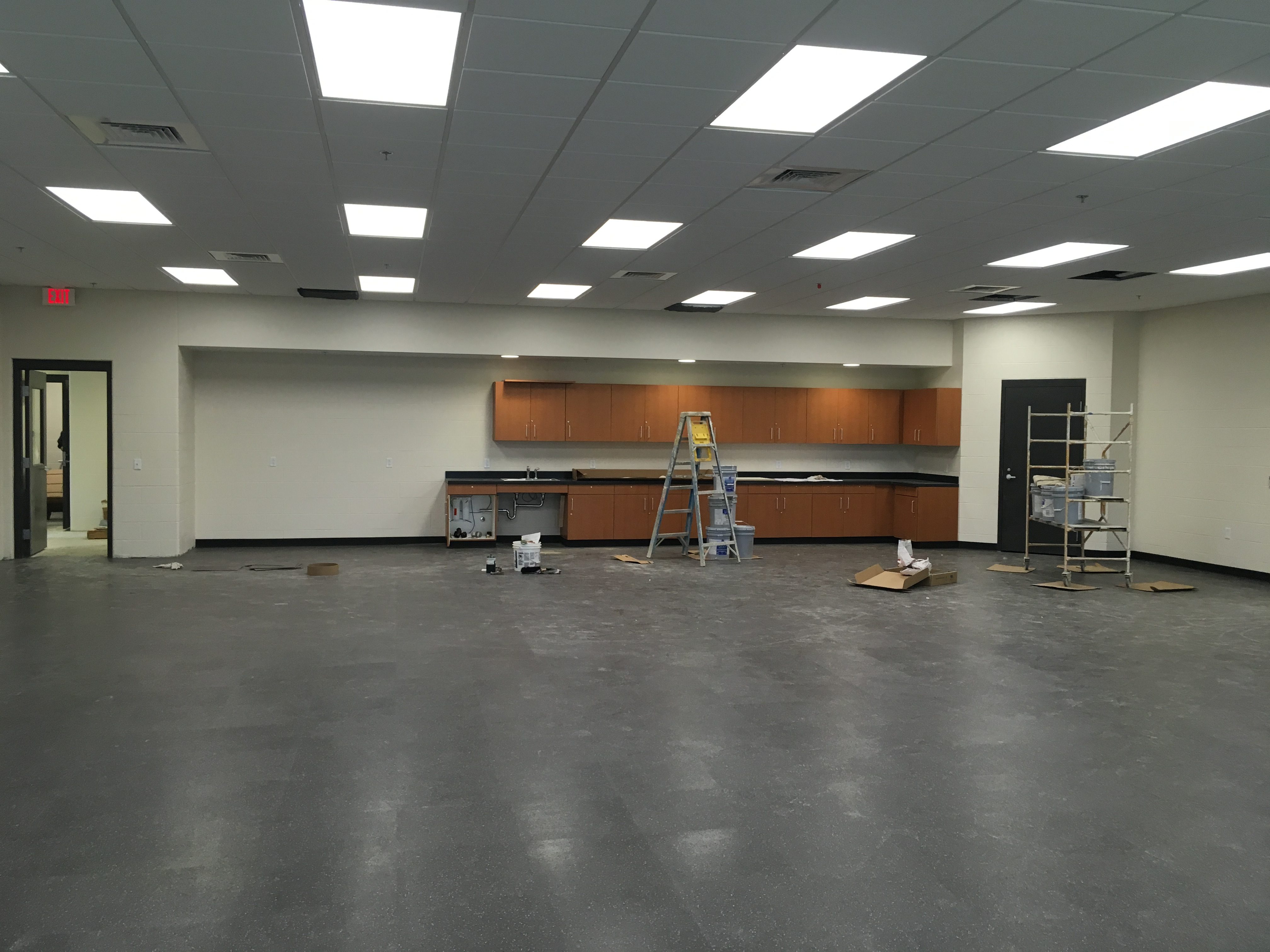 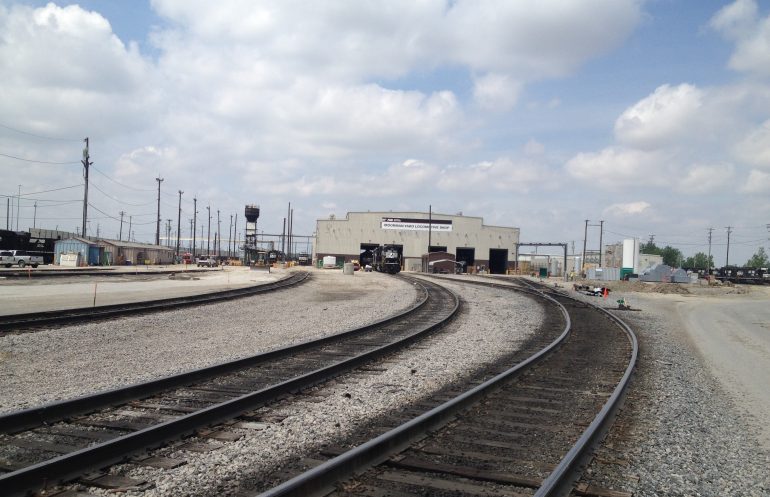 The Fuel Distribution Expansion Phase II project was another in a succession of projects at the Norfolk Southern Moorman Yard. The work was comprised of demolition of several existing structures, construction of a small structure to house a generator, and installation of several oil tanks and pieces of equipment to serve buildings which were erected as a part of other projects at this rail yard. Also included was the erection of a pipe bridge over several active railroad tracks.

The demolition to start this project was quite substantial: one 750,000 gallon fuel tank, a 30,000 gallon oil tank, three 20,000 gallon product storage tanks, two 10,000 gallon product storage tanks, one pump building (approximately 3,000 SF), one reinforced concrete spill pad, tank and equipment foundations, fencing and miscellaneous pipe support structures, piping, pumps and similar equipment, and an existing loading dock. As a part of the removal of the fuel tanks, the containment membrane had to be removed and disposed of. The underlying clay spill containment layer also needed to be excavated.

Once the demolition work was completed, the new construction began. Dunlop & Johnston, Inc. erected new lube oil, recovered oil, and journal oil storage tanks, pumping equipment, and the associated piping for this equipment. Other pieces of equipment that were installed, but owner-supplied, were a 75 HP compressor and air receiver with associated below and above grade compressed air piping, condensate drainage piping and heat trace. Additionally, a 500 SF building was constructed to house one of two generators that were also included in the work.

A unique item that was a part of this project was the supply and erection of one four span pipe bridge totaling 285 ft. in length (foundations and foundation piers were installed by others) and one 25 ft. pipe support beam, approximately 420 ft. of eight inch welded steel pipe line and 690 ft. of four inch welded steel pipe line. This pipe bridge was located over working railroad track and the work to install it had to be closely coordinated with the railroad personnel to schedule minimal track closure time. In addition, the railroad had strict requirements for the capacity of the crane used to lift the bridge into place which required careful planning with the railroad personnel and crane supplier.

All work on this project was constructed in close proximity to active train tracks in an operating railroad yard. This required daily coordination of our work with the ongoing operations of train traffic and the personnel that work on-site. Dunlop & Johnston, Inc. has gained key knowledge to this process, having built facilities for Norfolk Southern for several years. This client continues to have full confidence in our ability to construct their improvements with no disruptions to their operations or accidents/injuries to their employees.